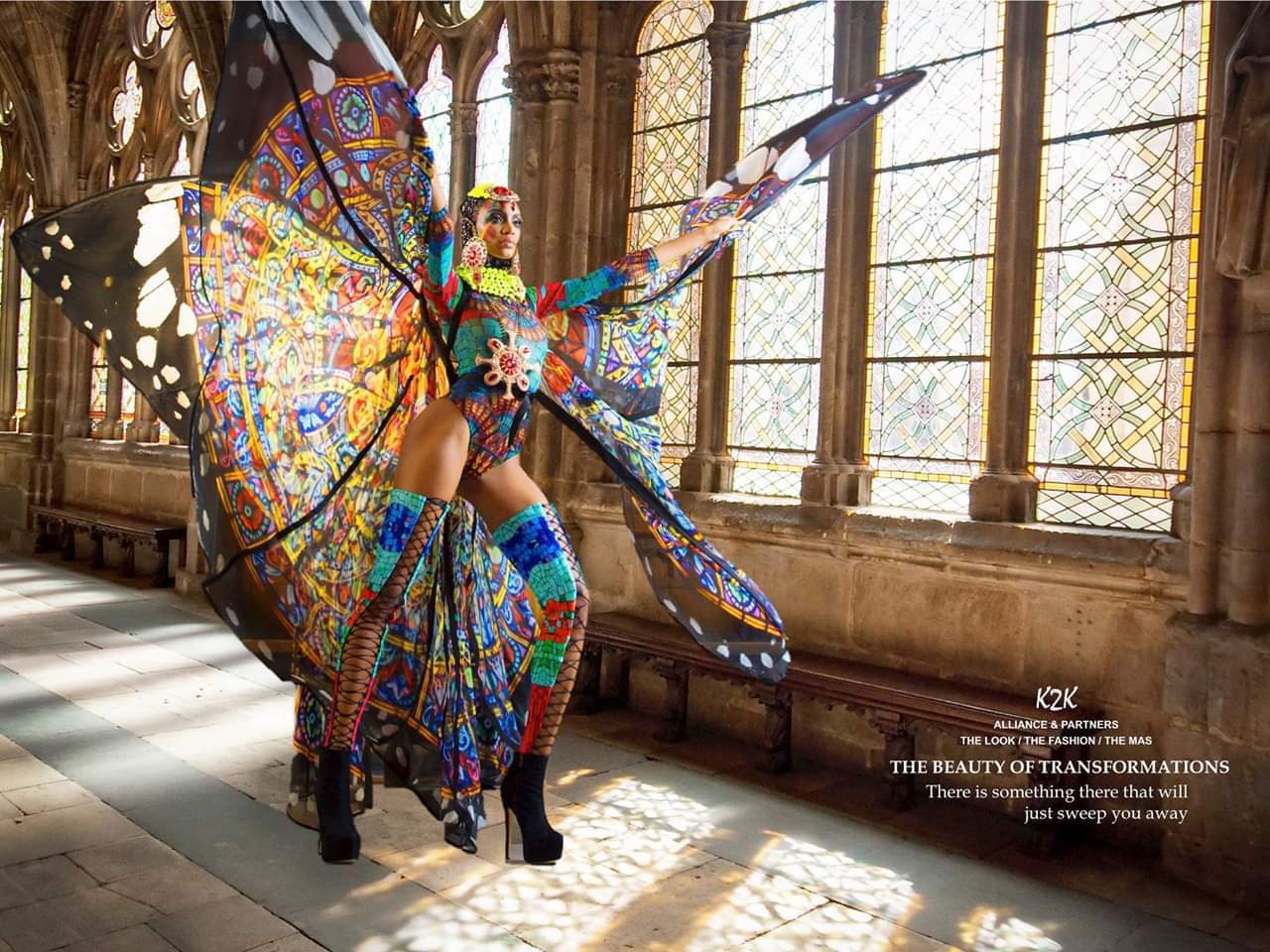 When a Trinidadian and a Tobagonian speak about ‘mas’, they are referring to the spectacular ritual of bathing the streets of the island in a tide of beautiful bodies, MOVING to the sound of soca music played from speakers for all to hear.

These are bodies shod in costume designs that were birthed first into the hearts and minds of the talented designers, artists and wire-benders, who one year later, give them life. These are the MAGIC-makers of our MAS.

Not be confused with ‘mass’ - that religious congregant of believers, this MAS grips carnival revellers in a similar type of reverence and fascination. Mas is indeed for many, a spiritual experience. David Rudder’s now classic calypso, High Mas is a reverential Melody to the MAGIC and MOVEMENT of humanity at carnival time.

Carnival Tuesday, or competition day, is a dazzling display of ornate costumes, proceeding from judging point to judging point, as bands dance and attempt to woo the vote of judges to cop the revered Band of the Year title. Mas bands compete in small, medium and large categories, and the competition is fierce!

Most of all, the people playing mas are certain to have had an experience in Trinidad & Tobago to carry with them for the rest of their lives.

Defiance & Perseverance of a people

Though Trinidad was a Spanish colony, Spain contributed little towards advancements and hence the country suffered from under-population.  The Cedula of Population was a 1783 edict by the representative of the King of Spain opening Trinidad to immigration from, primarily, the French Caribbean islands - it laid the foundation and growth of the population of Trinidad.

The white and free coloured both staged elaborate masquerade balls as a “farewell to the flesh” before the Catholic Lenten season.   Africans that were enslaved in the Caribbean came with their own spiritual traditions, rites of passage and religion - which they were not allowed to practice.  They used the opportunity during the elaborate masquerade balls to partake in their own festivities. The popular narrative is that enslaved Africans mimicked the plantocracy which is inaccurate.

After slavery was abolished in 1838, freed Africans began celebrating to ritualize, reenact, share news and experience their newfound collective power.  In many ways, it was and still is, “an act of black remembrance and a reminder to the white elite of the horrors it had inflicted on its slaves.”

Simulating the horrors of slavery in a playful manner was a provocative symbol that the elite plantocracy and the British colonial government on the island detested. These party participants continued this practice known as Canboulay every year on the night before Carnival. This determination, despite intense opposition from the ruling classes was certainly a remarkable act and symbol of defiance. *

As leading scholar JD Elder noted, “Canboulay is basically a ceremony symbolising cane-burning that Africans of Trinidad devised to celebrate their ‘freedom from slavery’ in 1838.” For Elder, Canboulay represented a ceremony of resistance in which African dance, theatre and music combined in street theatre as part of Carnival, with stick fighting, drumming, singers and flambeaux.©

Taking to the streets of Port of Spain after midnight on the Sunday before Lent, it was the emancipated Africans who deemed their own party needed to be added to the Carnival celebration that was already a tradition of whites, who also promenaded, masqueraded and danced. The only difference was that whites kept the celebration to their own homes and property.*

Strategically placing this celebration the night before the white elite’s much anticipated celebration, the symbolic defiance by the freed Africans on the island was quickly made clear. However, this unquestionably hastened foreseeable tensions between them and the ruling plantocracy as well as the British colonial occupiers.

The celebration by the lower classes in the mid-19th century was looked down upon by the upper classes and was seen as undignified and worse, especially running through the streets in the middle of the night carrying flaming torches – dangerous, in a town of wooden structures. A new police chief, Captain Baker, had come to see it as his mission to stop it from occurring.©

Laws passed to minimize the impact of Canboulay:

1880 - All forms of African percussion banned

Despite these laws, Canboulay continued. The banning of drumming led to the invention of tambu bamboo & eventually the steel pan.

Tensions came to a head with the Canboulay Riots in 1881.

A first-hand account of what happened in 1881 was passed on by someone who was there as a child up in a tree watching as the riots unfolded:

“And the old lady told us how there was an old patois woman at the front of the band [who called out to Captain Baker] just about where All Stars [steel orchestra] have their headquarters now. And at that signal the fellows light their torches and start up the drums and went for Baker. The story that she gave me … was that the Canboulay revellers swept the ground with the police.”

The police retreated, and after the nighttime violence, Canboulay continued during the day on Monday. Governor Freeling stopped the police and, in an unusual move, came and addressed the public, and allowed them to continue their celebrations. His efforts had the intended effect. His proclamation calls on them to play mas “with union, peace and loyalty” and urges them to “Remember the pains His Excellency took in coming to our market square to ask you to play peaceably.”©

Carnival in Trinidad & Tobago has evolved & grown over the past century & a half.  It is the oldest & largest Carnival in the Caribbean. It has birthed new music, a new instrument, various art forms, world class entertainment & an experience of a lifetime.

We pay homage to the resilience, fortitude and courage of our African ancestors who in the face of unspeakable adversity were able to hold on to their culture and improvise and adapt in the face of suppression, birthing new art forms in the process.

We remember canboulay. We celebrate the traditions of mud, oil and the art form that is mas. We honor the elders who have so fiercely guarded and passed on this rich and unique culture.

Today we have a music of our own. Today we have a festival that is our own – Carnival, an awe-inspiring showcase of so many art forms that are our very own. And so this month we say thank you and we celebrate!

"My play Kambule pays tribute to our warrior ancestors of the mas and brings their achievements to the attention of the entire society. The Carnival that we now take for granted was fought for by the former enslaved of the barrack yards, not only in Port of Spain but also in the east and south of the island."

“In the light of the bombardment of all our youth with alien images and cultures, Kambule says to our young people that you have much to claim and you have much of which you can be proud! Kambule reminds us that the African created a great deal despite enslavement. In the gayelle of existence, those ancestors fought inch by contested inch to clear a space for the manifestations of their culture…whether remembered or forged in the crucible of the environment to which they had been forcibly transported.”© 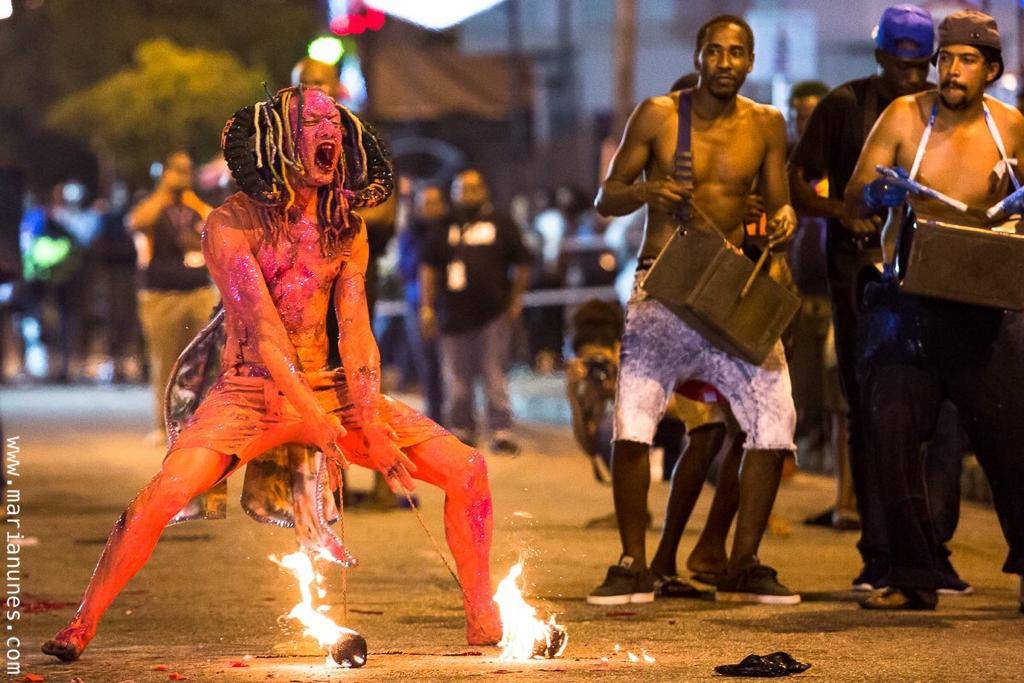 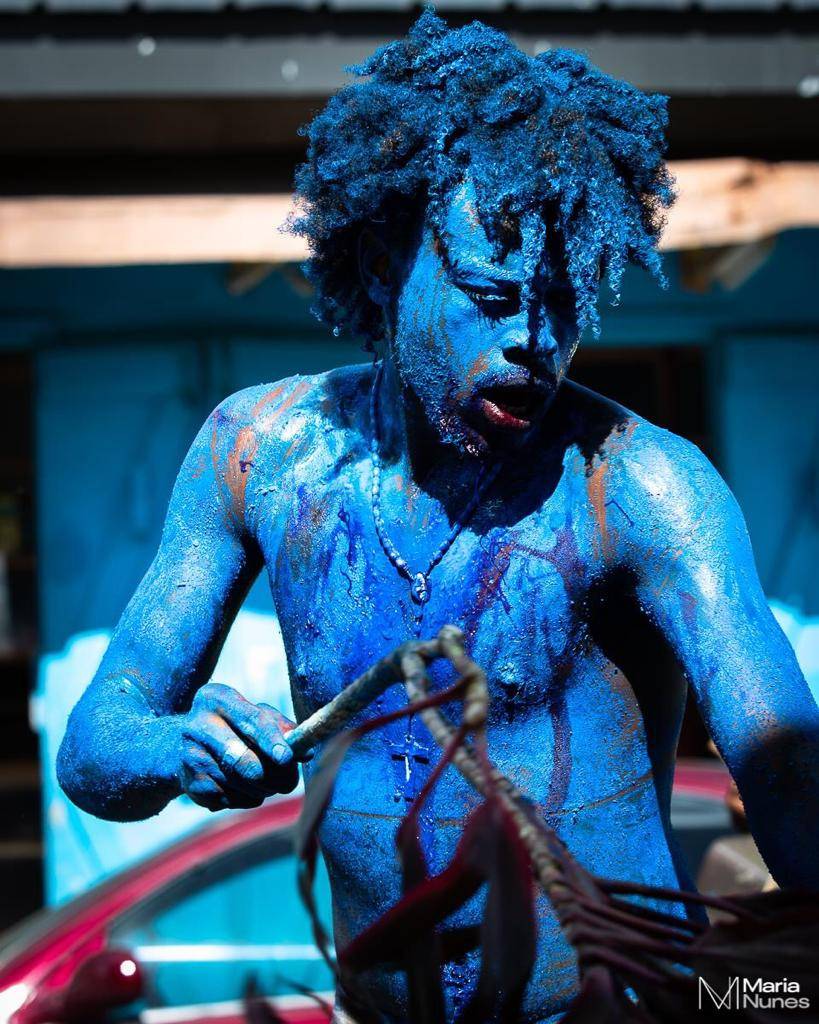 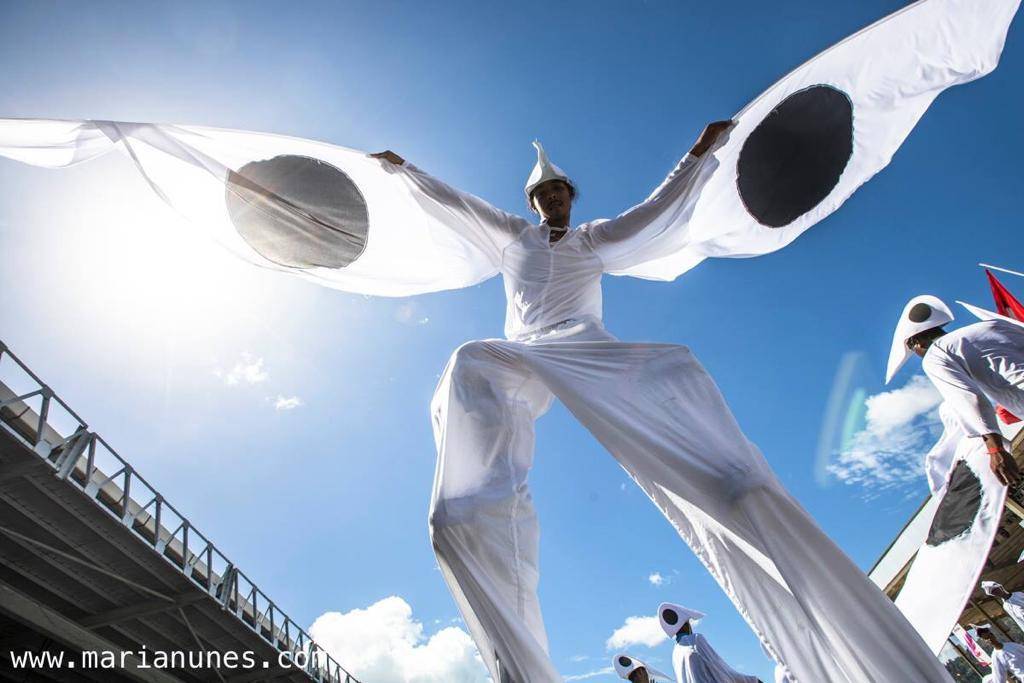 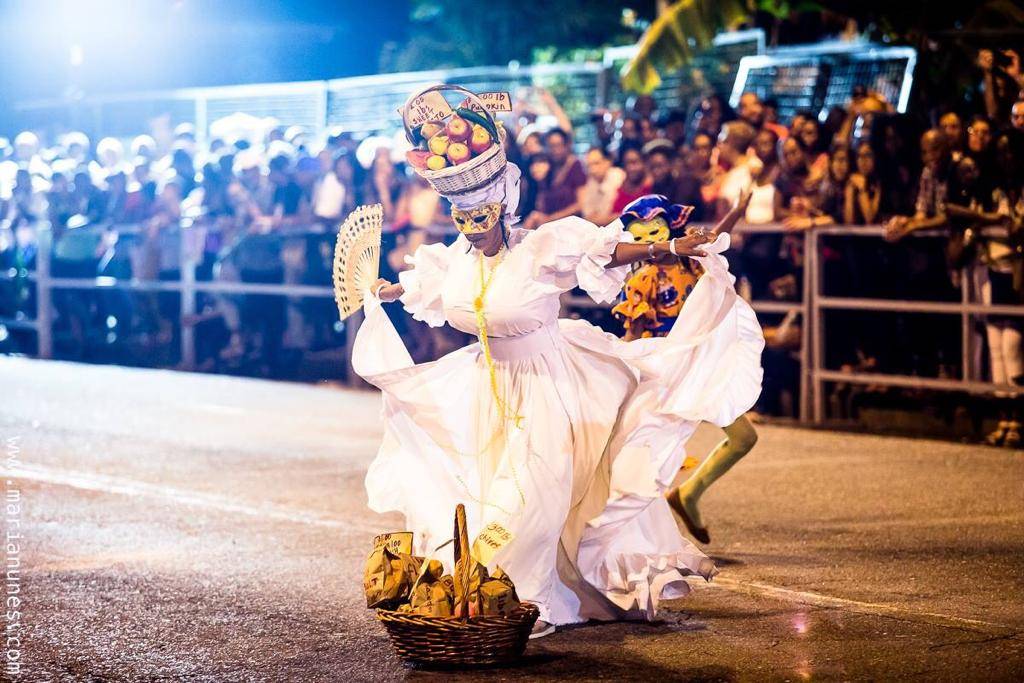 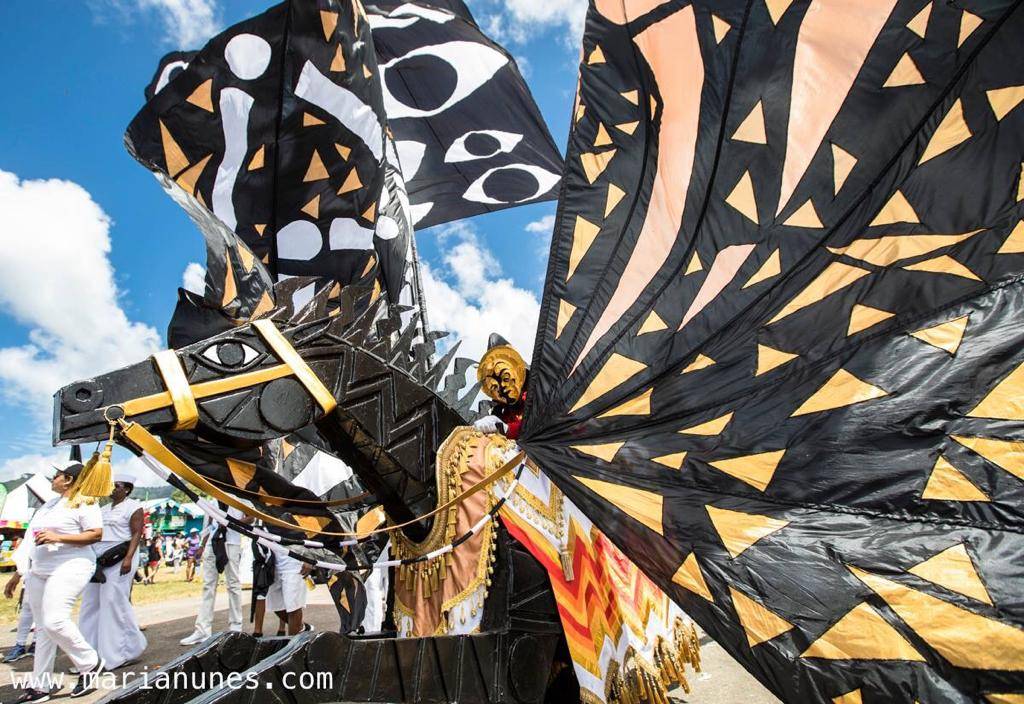 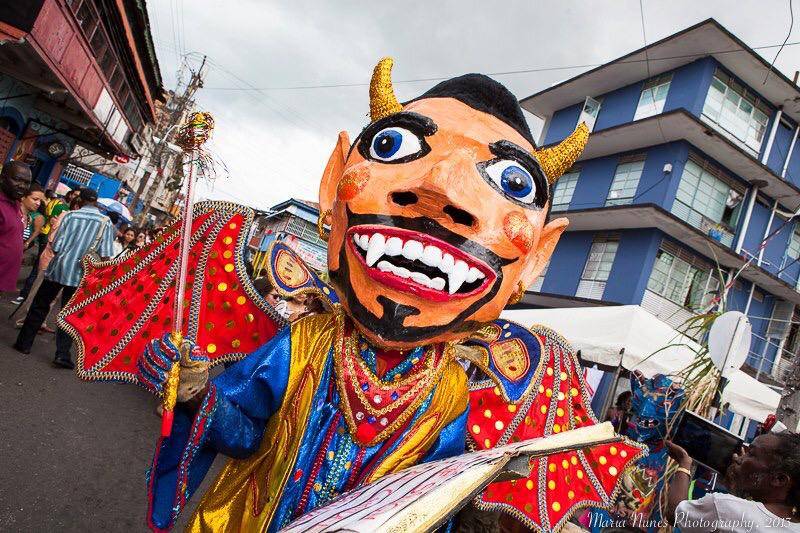 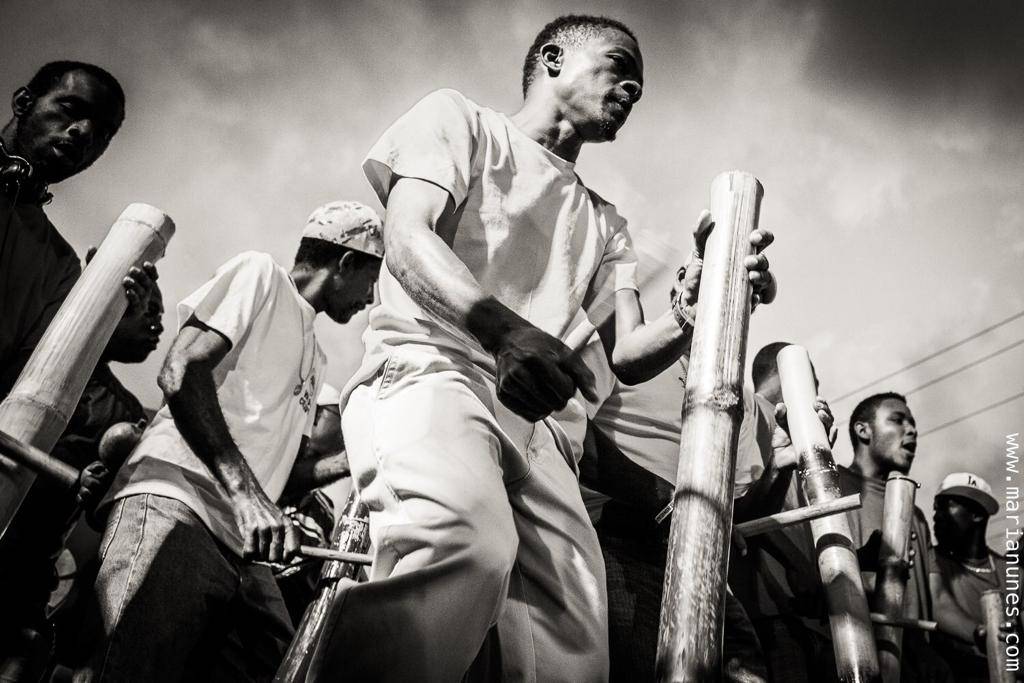 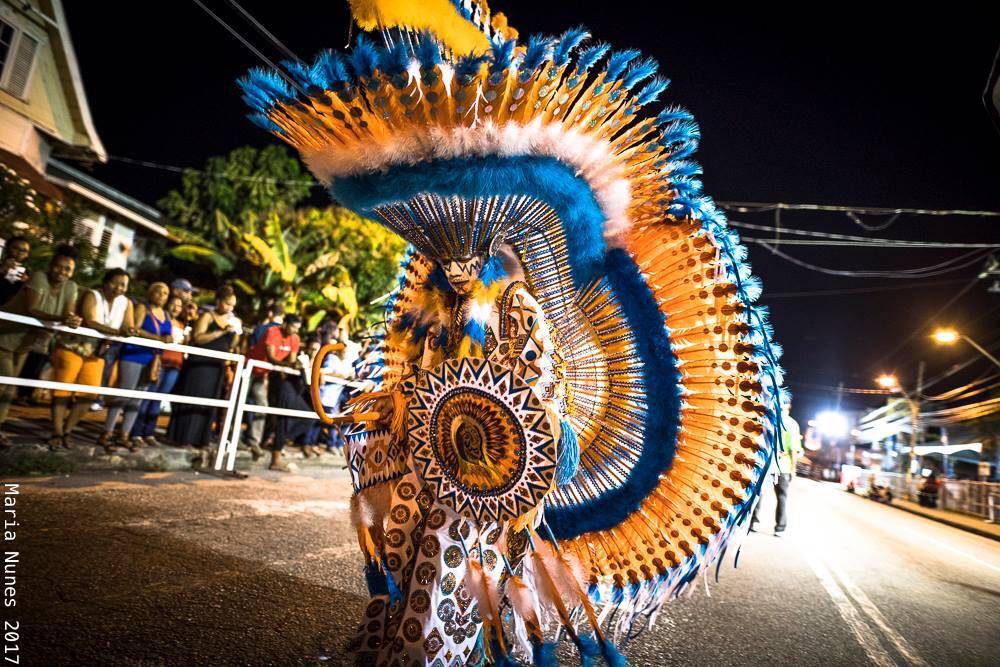 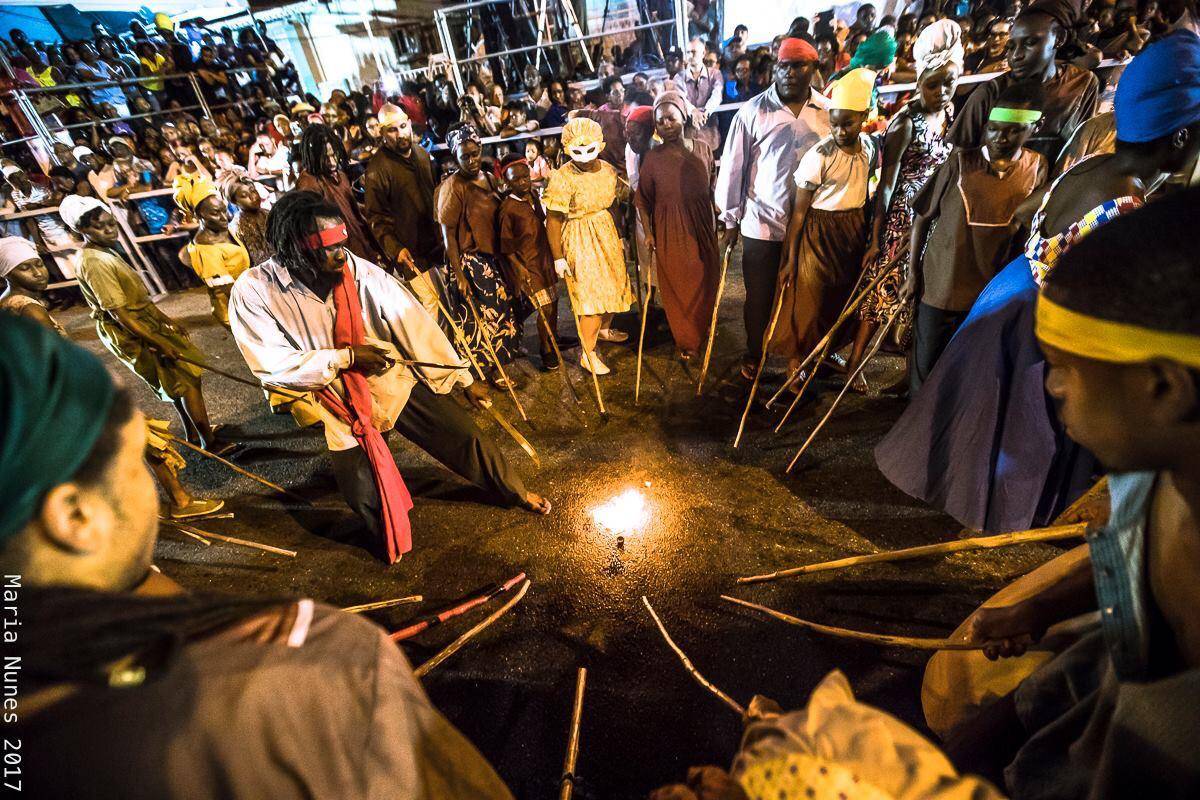 BACK TO THE CARNIVAL CORNER